Is redundancy genuine when you fail to consult 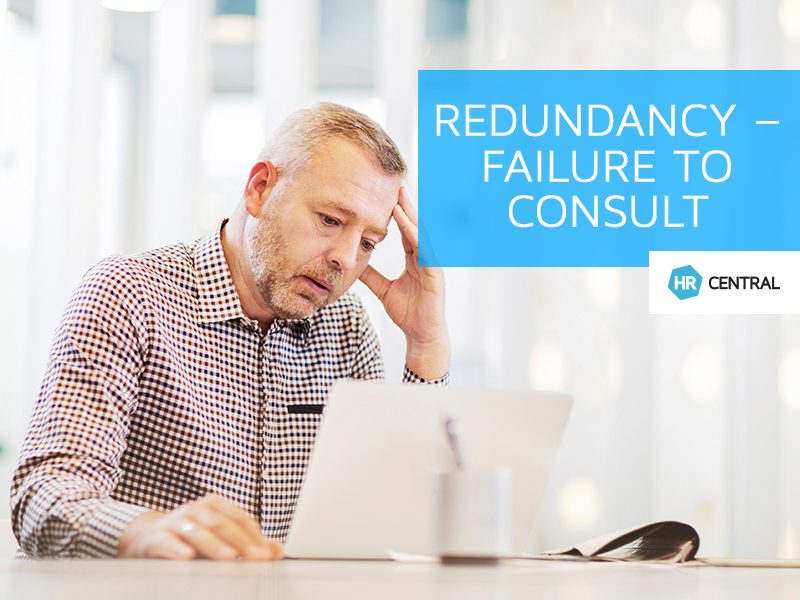 Is redundancy genuine when you fail to consult

In relation to a recent decision in the Fair Work Commission, it was clear that a genuine redundancy could only have occurred if the Company had complied with the consultation obligations contained in clause 8 of the Retail Award.

The Company had argued the dismissal of the employee was the result of a genuine redundancy, and therefore the termination was effected for a valid reason and could not be characterised as harsh, unjust or unreasonable.

However, it was unable to show where or how it had consulted with the employee prior to termination.

The failure to notify and consult with the employee had been characterised previously as “a serious defect in the procedure”. A dismissal is not a case of genuine redundancy within the meaning of the Act, where the Company had not consulted about the redundancy in accordance with its obligation in the applicable modern award.

The termination of employment lacked a valid reason and was harsh and unjust in the manner in which it was carried out. An order was issued to pay the employee $7,500 (less appropriate tax according to law)

Michael is a specialist in all things HR. With vast HR experience in the USA and Australia, Michael brings a wealth of knowledge and advice to HR Central. When he's not blogging for HR Central you can find him out for dinner in one of Melbourne's newest restaurants.