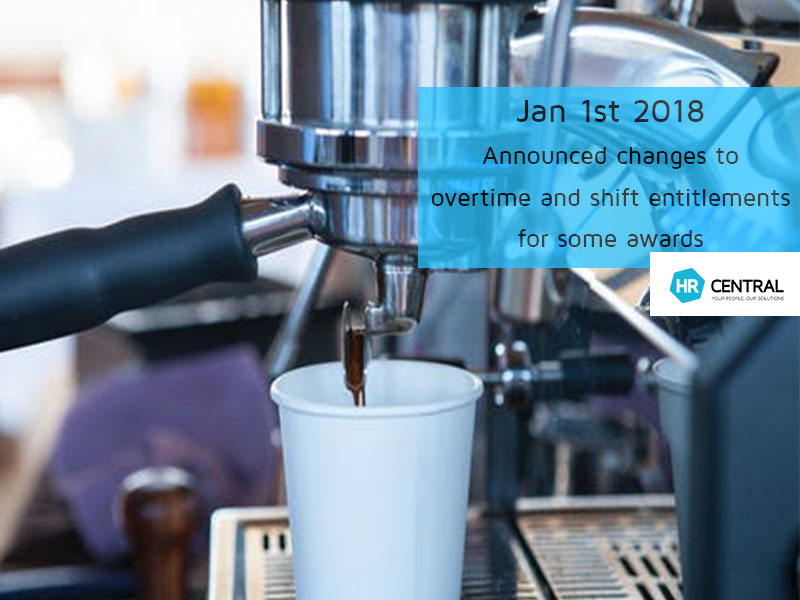 On the 12th of December 2017, the Fair Work Commission announced that they will introducing certain changes to the overtime rates and shift entitlements for casual and part-time employees in some awards.

These changes will apply from the 1st of January 2018 onwards and have been explained below.

As a reminder a casual employee is an employee that:

Whereas, a part time employee is an employee that:

The overtime provision in a number of Modern Awards has been altered so that casual employees are now entitled to receive overtime penalty rates, just like full time and part time employees.

These changes will apply to the following Modern Awards:

These changes allow for greater flexibility in rostering of working hours.  Part-time employees will now have ‘guaranteed hours’, per roster cycle or week.  This means that instead of providing set shifts per week or roster cycle the employer may instead provide a guaranteed number of hours per week which may be provided during different days or time each rostering period.

In the case of a part-time employee having worked regular hours for a period of more than 12 months, the employee may also request to increase their guaranteed hours. Employers are allowed to deny this request, but only on reasonable business grounds.

These changes will affect the following Modern Awards:

If you have employees covered by any of the above awards, and if you have any further questions or concerns, please contact HR Central at 1300 717 721.