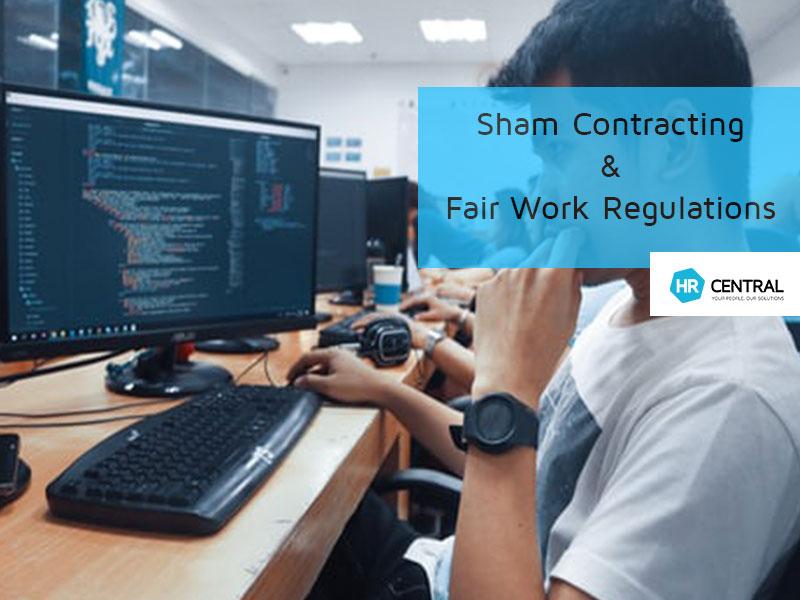 The Fair Work Ombudsman, has announced it will take a tough new stance on compliance as of  1st July, and businesses can expect to find themselves subject to greater scrutiny and one of those areas is sham contracting.

The Government has provided additional funding to Fair Work to be spent on enforcement, underpayments, educating vulnerable workers and influencing non-compliant industries. As a result there will be a step up in compliance notices (a notice issued by a Fair Work Inspector which requires an employer to fix a breach of an Australian workplace law), if a business is involved in:

In addition, Fair Work will also be running social media awareness campaigns and intends to publicly name employers that break the law in order to enforce the message that it is not acceptable to underpay workers or deprive them of their entitlements. Yikes….

What is a sham contracting arrangement?

This is when an employer tries to disguise an employee/employer relationship as an independent contracting arrangement, so they can avoid paying employee entitlements, superannuation or penalty rates and overtime. For further info click here

What proves that there is sham contracting in my business?

If you are reported or investigated for:

What are the ramifications of entering into a sham contracting arrangement?

You could be in the firing line for a financial penalty along the lines of:

You may also be liable to compensate the worker for any employment benefits they would have accrued, for example, annual leave.

What if I have mistakenly categorised a worker as an independent contractor?