Fair Work and Human Resources in the Franchise Sector 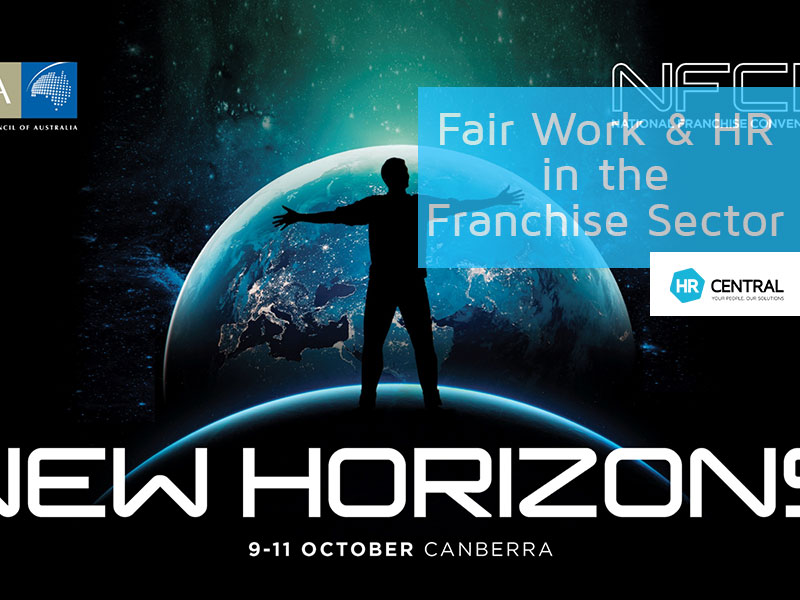 Fair Work and Human Resources in the Franchise Sector

On the 9th to the 11th of October 2016, the Franchise Council of Australia’s held its National Franchise Convention in.  Over 600 delegates, exhibitors and speakers descended upon the National Convention Centre Canberra to share information about Franchising.  Overall, it was clear that Human Resource Management was certainly high on the agenda.  Altogether, It was amazing to see how much activity was squeezed into two short days!

The session started with Matt covering off the situation in the US including outlining a number of cases where Franchisors are being included in litigation around employee related issues that had previously been limited to the Franchisee in question.

This information was particularly interesting after each of the Coalition, The Labour Party and The Greens all campaigned with specific legislation changes advocating for better employee protection through greater Franchisor responsibility.

Ms James then spoke and covered off the existing law, the existing Accessorial Liability clauses (including some cases of where it has been used) and some name and shame of franchise systems that have fallen foul of Fair Work (and indeed the media)

Later in the day, The HR Central Panel Session was held. The topic was “How to avoid becoming the next wage underpayment news headline”. I was proud to facilitate the session and was supported with excellent commentary by Michael O’Shaughnessy (Our Principal HR Specialist) and Samra Tripodi (CFO, Plus Fitness, one of our valued clients) talking through the various third parties that advocate for employees (including the Fair Work Ombudsman) and how best to manage your people to ensure that: 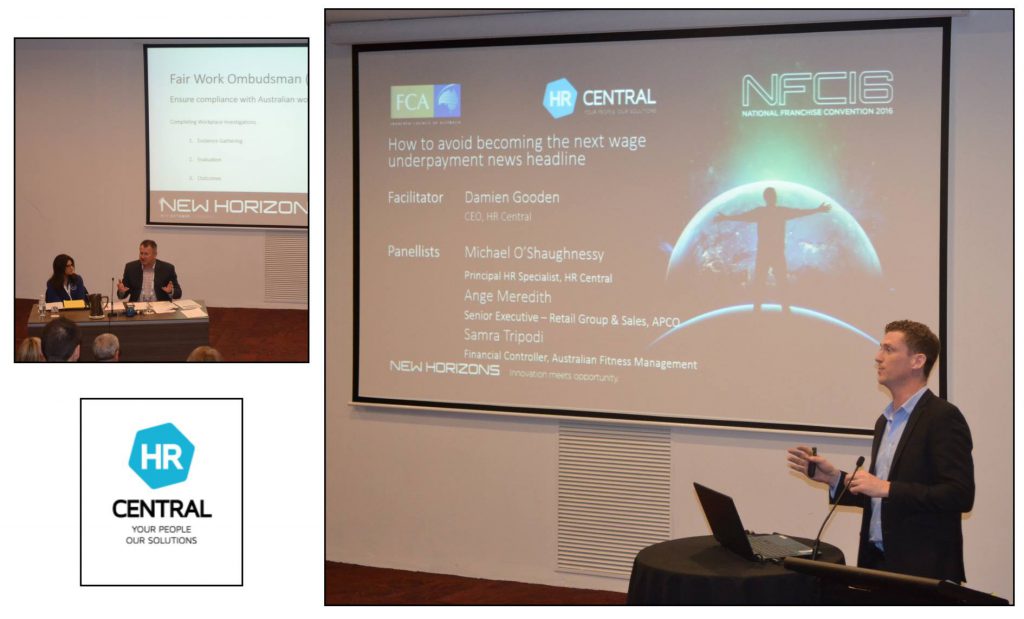 The session was well received and prompted some robust discussion between attendees in question time as they outlined the level of control that they can achieve in specific areas of their business (product, service) and how not being able to control things like wages and employment conditions are not going to be accepted well by the industry or the general public.

In addition, questions were also asked around what the FCA are doing to inform and advocate for their members.

The Franchise Council of Australia

The recently appointed Executive Chairman of the FCA Bruce Bilson (who is a past Minister for Small Business), CEO Damian Paull and key representatives from the FCA membership spent time shuttling back and forth to The Hill meeting with the Prime Minister, Leader of the Opposition and other relevant Ministers. Mr Bilson was prevalent between sessions updating attendees at every turn with information coming from these meetings.

What is clear from all of this?

Is there great cause for concern?

Communication and Information combined with the use of the right systems you can ensure that your business is looked after.

To conclude, it was another great event. So good to re-connect with those of you I already know, Great to meet those of you I didn’t previously know and if we didn’t get to meet – let’s do so next time.  If you would like any further information, I’d love to hear from you.  You can contacting us at 1300 717 721.

Damien leads the HR Central team.
He has over 20 years working in and with small business. HR Central is the perfect vehicle for Damien's genuine interest for people, IT and problem solving.
Damien has a hands on role across the business, particularly the HR and development teams, and can often be seen around the country at various networking events talking all things HR.
He holds a Certificate IV in Human Resources from AHRI, Bachelor of Information Technology and Systems (Application Development) from Monash University, and is a member of AHRI, the Australian Institute of Company Directors and the Australian Computer Society.